How We Can Make Your Site More Secure 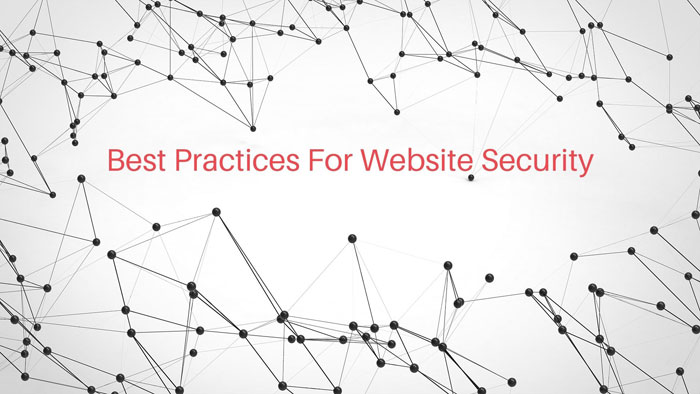 Without robust safeguards, your dental website can provide easy pickings for hackers. Medical sites are particularly targeted by cyber crooks because they give access to a wealth of information about patients – financial details as well as clinical records.

This enables data thieves to not only steal the identity of individuals but also repeatedly sell their medical records on the Dark Web.

DentalROI can help your dental office – and your patients – to avoid the potentially devastating consequences of web security breaches by ensuring your online platform doesn’t present a soft target for tech-savvy criminals.

We do this by employing a range of site security measures that includes SSL protection and Google reCAPTCHA. We also carry out manual checks.

SSL – Secure Sockets Layer – was developed by the people behind the former Netscape browser and introduced in 1995. An SSL Certificate proves you have an encoded link between your web server and patients’ browsers.

SSL has two cryptographic systems – a Private Key and a Public Key. This allows a web server to establish an encrypted connection between the website and web browsers – the most effective method of data security. Encrypted data is known as cipher text, while unencrypted data is called plain text. A key or password is required to see the original file.

SSL safeguards your dental office and your patients from digital theft. If your practice website doesn’t have an SSL Certificate, it can diminish your online presence and lead to mistrust among patients and potential patients.

While the complex tech behind SSL is deliberately concealed from users, patients and prospective patients visiting your site can see immediately whether it’s SSL protected. A “Not Secure” alert tells your site users that any sensitive information they give – such as credit card details, passwords, and email addresses – may be stolen.

Ensuring your website visitors can trust your dental office isn’t the only benefit of having an SSL Certificate.

Major search engines are getting tough on websites considered to be insecure. Google – the world’s largest search engine – now regards SSL certification as part of its ranking process, so lack of an SSL Certificate will reduce your visibility. Conversely, SSL will help to enhance your presence in search engine results pages (SERPs) – essential for potential patients to find you online.

However, SSL isn’t designed to prevent direct attacks on computers and servers, so you also need other inbuilt security precautions such as reCAPTCHA.

reCAPTCHA is the latest evolution in the Google CAPTCHA system. CAPTCHA stands for Completely Automated Public Turing Test to Tell Computers and Humans Apart. (In 1950, Alan Turing – World War 2 codebreaker and founder of computer science came up with a method of examining whether machines can appear to think like humans – the Imitation Game).

CAPTCHA was developed to determine whether website visitors are real or robots designed to fill in forms, execute logins or access sensitive processes or pages.

The original CAPTCHA could be frustrating for website visitors, typically requiring us to identify distorted lettering that could sometimes be barely discernible. Another problem was constant advances in bot-based threats.

So, along came reCAPTCHA, with:

DentalROI uses the latest version of reCAPTCHA – reCAPTCHA v3 – which will protect every page on your site that requires a form to be submitted.

reCAPTCHA avoids the old CAPTCHA problem of legitimate users feeling that their time was being wasted by having to manually complete a full CAPTCHA check, which now only comes into operation if there’s anything robotic about user interaction.

reCAPTCHA safeguards your website against spam and other attempts at misuse. It employs advanced risk analysis technology that takes into account how the user interacts with the CAPTCHA and scrutinizes a wide range of cues that distinguish humans from robots.

reCAPTCHA makes it easy for humans while providing the strongest defense against abuse via robots, and audio options are available for visually impaired users.

Besides SSL and reCAPTCHA safeguards, DentalROI provides an extra layer of website security.

We’ll scrutinize your site visitors, taking into account factors such as user ID and what other sites they’ve been trying to access.

This allows us to manually block suspicious activity including unwanted bots and to stop cyber attackers in their tracks.

We’re constantly on the lookout for subtle indications of abusive activity and potential security breaches.

Could Your Site Be More Secure?

Hackers, fraudsters, and spammers pose an increasing risk to all websites, from those of major corporations to small businesses such as dental practices.

While your website plays a crucial role in your dental marketing strategy, it also presents a potential target for tech-savvy felons constantly looking to make easy money out of vulnerable sites.

A secure site not only protects your business but also your patients, which helps to establish and maintain a bond of trust that’s vital to retain existing patients and attract new ones.

As a digital marketing expert, Scott oversees marketing efforts both for DentalROI and its clients.  When he isn't working, Scott enjoys spending time with his family. He loves the outdoors and sports.